How I Came to Hate Nova Launcher

This is nothing serious–take it as a grumpy rant on the opposite side of “Nova Launcher may be the best thing that ever happened for Android.” Because I also hate all the other Android launchers!

I always hated something in an Android launcher, especially in those that were OEM-customized. I never used neither a “pure” AOSP, nor a Nexus device, so I had to eat someone else’s shitty ideas added to an already questionable set of decisions taken by Google. Basically, there are several things to hate in a launcher, such as:

I was therefore happy to find in my new Moto G5 (not GP Plus!) the standard Google launcher. Sure thing, Google is not necessarily any better than any other crappy software maker, and they have discontinued Google Now (while supporting the existing installations, Google Now is currently a stub that’s supposed to be disabled), and the launcher is called Launcher3. The problem is that, despite being reported for more than a year, they made no effort to change the name seen by the end user in something like Google Launcher if Google Now is a disgraced name. 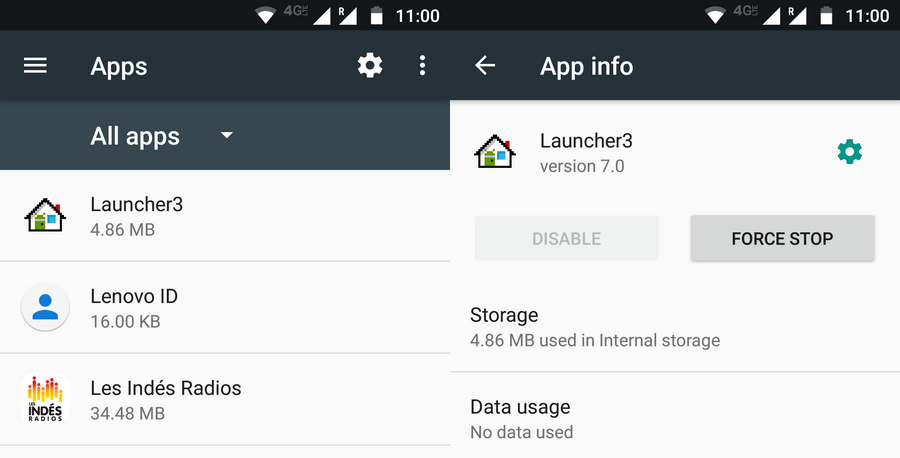 This aside, the launcher is decent… except that it forces a Google Search bar on the Home screen. On that very screen, I can’t add five rows of icons or the widgets I like, because it’s as if it only had four rows.

Enter Nova Launcher. I don’t remember when I purchased Nova Launcher Prime, but it was at a discount. Most likely not $0.10, but not $4.99 either.

I liked and I still like Nova Launcher for the following reasons:

That’s about all I like about Nova Launcher. So far, I had the following number of dislikes with regards to it:

Still, once I purchased this crap, I’m supposed to use it, right? In Android 7.o, mostly to get rid of the bloody stupid Google bar… OK, importing from Launcher3, not from the handicapped stub: 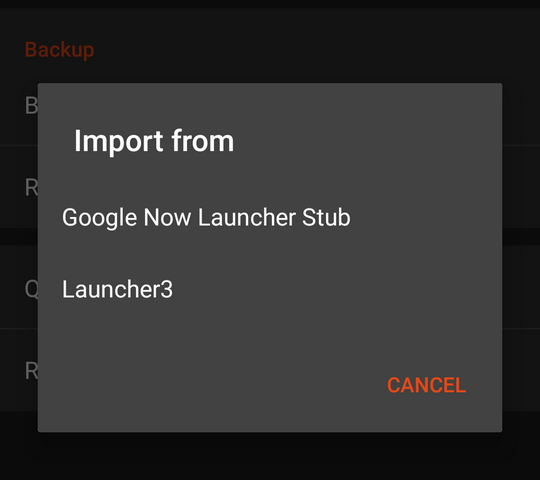 First bug: despite being configured to use swipe up to open the app drawer (as opposed to the classical icon), what it does is to display… the button superimposed over the icon that happens to be there! The fix is to remove the button:

What next? Surprisingly enough, I quickly got used to Google Now’s cards displayed on the leftmost screen–is there a name for them? As long as Google already spies me on everything, including the web pages I visit, why not letting it show me news on the topics I’m interested in? I prefer to turn an annoyance into an advantage–and keep being informed even if I fail to open Twitter or some newsreader.

But why can’t I get that screen in Nova Launcher?

The answer is that I can… but I can’t. Not really. But almost… kind of.

That “screen” cannot be there, but one can launch the app in more than one way:

OK, but why can’t I just swipe right, as if I wanted to display a screen at the left of the leftmost screen, to open Google Now?

Because Kevin Barry, the Nova guy, says this is impossible. The problem is Google restricts the use of the Google Now API to system apps.

Allow me to say that even the most brilliant software developers (or system architects or whatever fancy name is now à la mode) can be complete morons in addition to being geniuses!

Nobody said Nova Launcher should use the Google Now API to display contents of the app in a (virtual, right?) screen! Why not just open the bloody app when the user tries to switch to one more left screen than the leftmost one? There’s no need to integrate Google Now! (Some argue there is such a need, as “Something as small as waiting 2 seconds for the app to load Now articles after launched from a swipe up gesture could really pluck someone’s nerves who is used to it already being loaded and immediately available on the left side of the screen.” Well, screw them.)

If the app can be opened in at least the three above ways, why not on swipe right?

I suppose it’s rocket science to tell apart the swiping to left or right as in “change the current screen” from “there are no more screens to show, let’s do something else”!

No really, there are no technical impediments against implementing a customizable “swipe right” action. Just as the Home button can act two-way (“Return to default page on first tap, action on second”), the same could be done for swapping left (“Display the next left page while there is one, action when there’s no page at the left”).

They implemented all kinds of crap most people never need–but this.

Screw you, TeslaCoil. And, by the way, you’re desecrating a famous name: Nikola Tesla was a smart guy, you’re a bunch of assholes.